Witherspoon is the heart and the historical center of the Black community of Princeton. The Cemetery on the east side of the street dating from the 1750s had a “colored burying ground” beginning in 1804 [1807], at its north end across from Maclean Street. This section of Witherspoon Street is tree-lined with oaks and is evenly shaded. The street has a mixture of commercial and residential buildings, as well as religious structures. Most buildings on the west side of the street. Some buildings are immediately adjacent to the sidewalk, but most are set back slightly and roughly 8-12’ from the curb.

The houses along the street date from the early and mid-19th century though many have had their original clapboard obscured by newer surface materials. The majority of the houses are 2 or 2½ stories; their roofs either perpendicular to or parallel to the street. Porches and stoops are frequently used for socializing in the warmer weather. A 1940s, 2-story brick structure at the corner of Green Street is now the Paul Robeson Community Center. The Witherspoon Street Church at the corner of Quarry Street dates from 1837. Mt. Pisgah AME Church at the SW corner of Witherspoon and Maclean Streets dates from 1831. North of there, a number of commercial buildings stand on the west side of the street, including [at the time of the 1980 streetscape survey] a bookbinding shop, drug store, and second hand furniture store. A municipal (gravel-surfaced) parking lot is off from the street between Quarry and Maclean Streets. As a main north-south street, Witherspoon is busy with hospital traffic [hospital has since relocated from this area], but is heavily used also by pedestrians. Much, though not all of it, is well shaded. Vistas are unremarkable. The neighborhood has tended to be home to immigrants arriving in Princeton. In the early 20th century, Italian immigrants were an important group, for whom Dorothea House on John Street operated.

Witherspoon Street was cut through right before the completion of Nassau Hall (1756) called "African Lane" and "Guinea Lane" during the 19th century because of the great number of blacks living on the street.

This section of Witherspoon is less consistent than its southern half. The street has a mixture of commercial and residential buildings. Most buildings on the west side of the street, a large gap on the east side of Witherspoon, where the hospital once stood, is now being redeveloped into housing. Most buildings slightly set back from the sidewalk and approximately 10-15’ from the curb

Dwellings here date from the 1850s and afterwards line the street, but some have been converted to commercial uses. Their front porches are well used in the summer. Typically, they are 2 to 2½ stories and their gabled roofs are either perpendicular or parallel to the street, the former being common before 1880, the latter after 1870. Most are stucco surfaced, however, and others have lost much of their original detail. Douglas Hall at the northwest corner of Witherspoon and Maclean Streets was used as a "colored school house" and as YMCA. Today it is divided into eight apartments. A motor parts store at no. 190 [in the 1980 survey] uses the front of its lot as customer parking. Commercial buildings on the east side of the street abut the sidewalk from Shirley Court to the Hospital [now relocated from Witherspoon]. Shade is sparse along these blocks; the vistas [are] green but unremarkable.

Laid out c. 1755, the street has been called ‘African Lane” and “Guinea” Lane during the 19th century because of its numerous black residents. 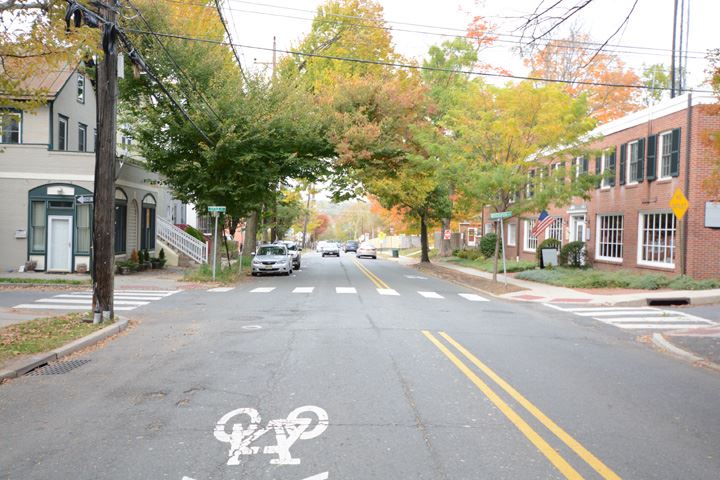 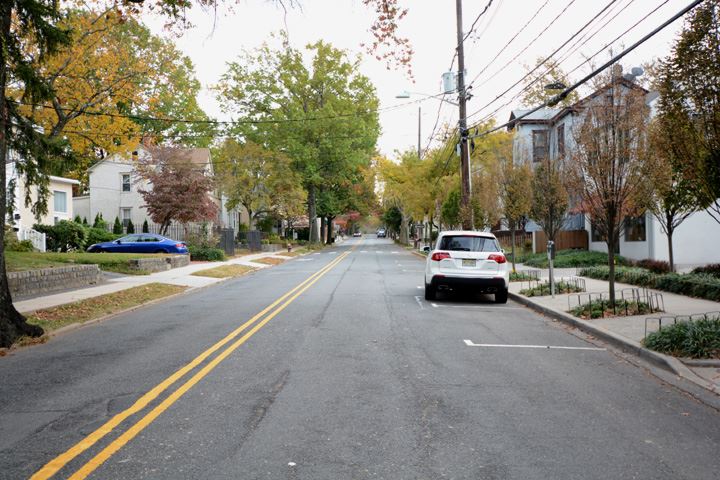 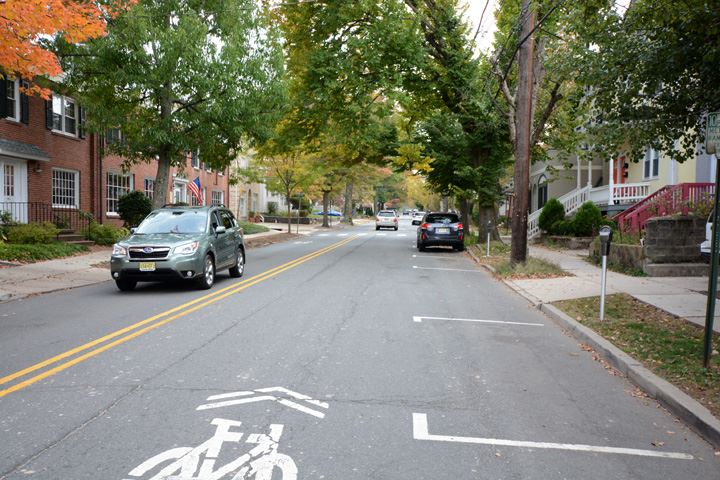 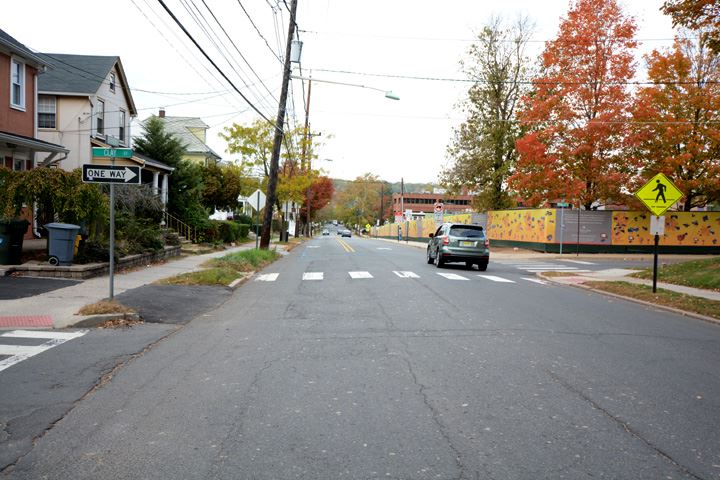 *Information regarding streetscapes is based a streetscape inventory conducted in 1980 with information placed on the NJ Historical Commission's Streetscape Inventory Forms. Pertinent information - description, history, number of resources, etc. was revised based on the 2015 survey of Witherspoon-Jackson neighborhood resulting in the information below. Numbers such as "1109-7-S13" refer to the individual 1980 Streetscape forms.