This property contains a 2-story residence that originally looked like its neighbor to the south (though the appearance of both has been altered somewhat). The end-gabled roof includes a cross-gable aligned with the north end wall, creating an L-shaped ridge system. The roof is clad with asphalt shingles and features a small brick chimney near the intersection of the ridges. The wall surface is stuccoed, with some applied trim suggesting half timbering in the front gable but also extending across the main elevation at the second floor level. Fenestration consists of replacement 1x1 double hung sash windows. The main (west) elevation features a small attic window in the front gable between exposed, angled timbering. The second floor exhibits four windows. On the first floor, a replacement door in the center bay opens below a 3-light transom. North of the door are two windows below the front gable; south of the door is a filled-in porch with large plate glass windows. The house has a stuccoed foundation. The end walls feature two ranks of windows. On the rear of the building is a 2-story addition.

In the rear of the lot is a 2-bay garage. It features a front end gabled orientation, stuccoed walls, and two overhead garage doors with inset lights at the top. 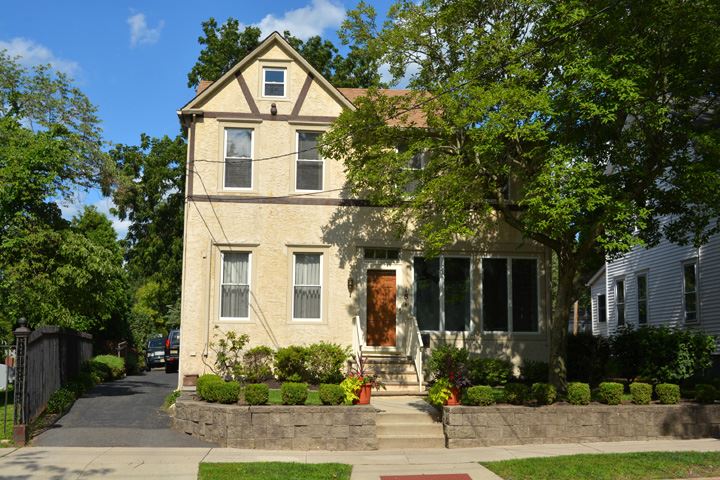 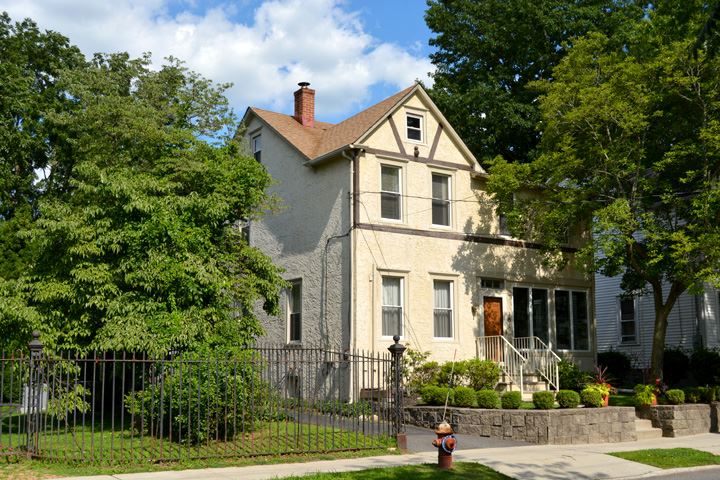 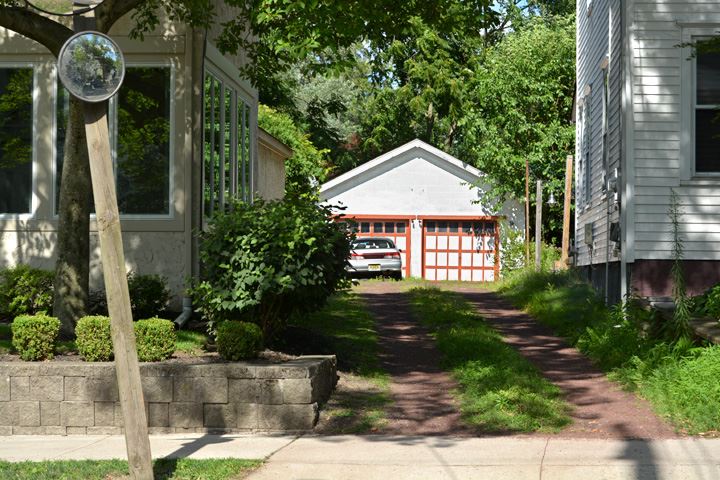