This house is a less heavily altered version of its neighbor to the north (181 Witherspoon). The two story vinyl clad residence is comprised of an end-gabled main block with a projecting two story wing and a cantilevered second story section over an incised porch. The roof has an overall L-shaped ridge due to the front wing; it is clad with asphalt shingles and features an attached brick chimney on its south end. The overhanging eaves are clad with vinyl. The house's frame walls are also clad with vinyl. Fenestration consists of replacement 1x1 windows, arranged symmetrically on the main (west) elevation only, where the projecting wing features a small centered attic window and two units on the first and second floors. The cantilevered second floor section has a small window centered on the main elevation as its only wall opening. A thin corner post helps define the incised porch, where the main entrance includes a historic storm door featuring six lights over two panels. South of the door is a small window. The end walls feature windows arranged in three bays on the north side but staggered on the south side. A one story shed addition spans across the rear facade.

Property first appears along with several others to the south on the 1902 Sanborn map; these resources do not appear on the 1898 map. (Sources: Historic maps) 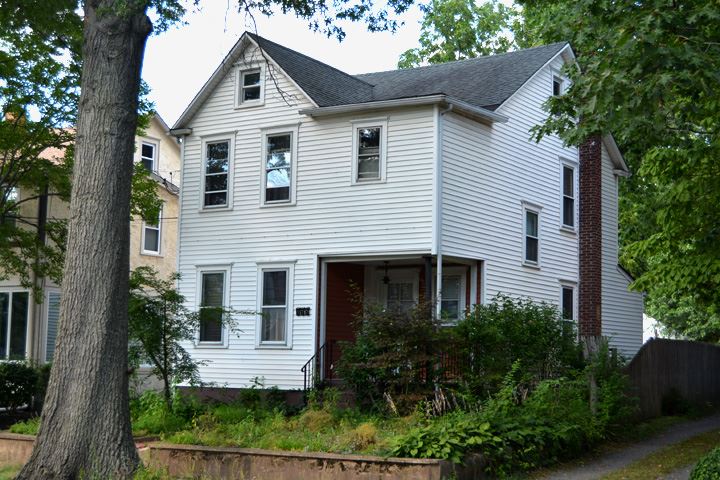 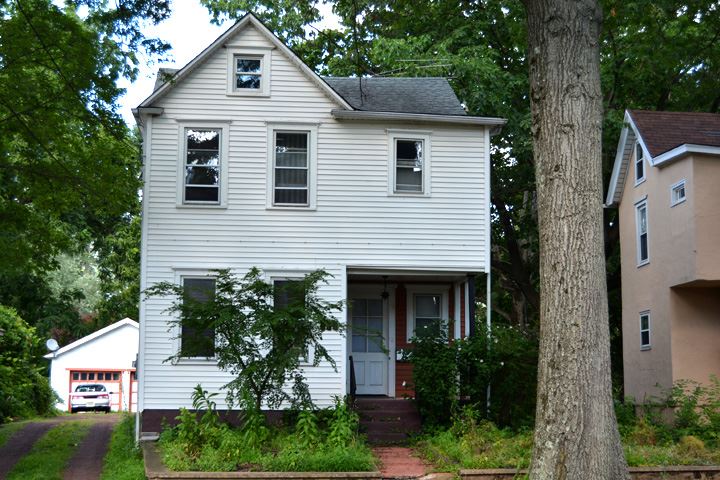 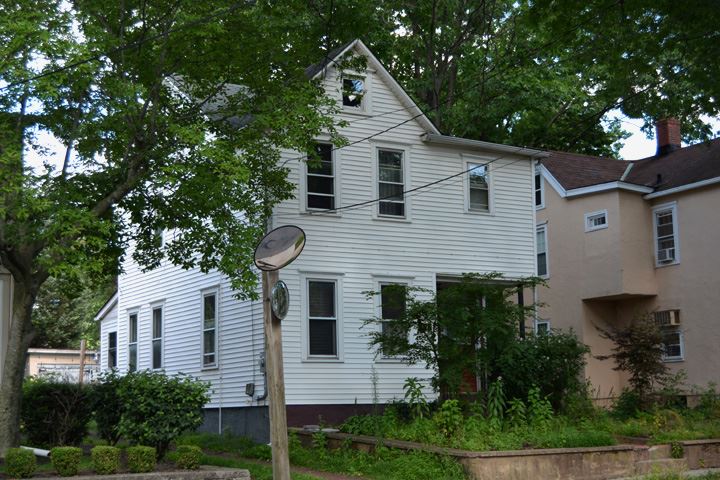