The building appears to be a combination of two structures, a three bay to the south and a two bay to the north The five bay east elevation faces Witherspoon Street and is divided into two zones, shop windows at the ground floor and one over one double hung above with louvered shutters beneath an overhanging cornice. Both buildings have gabled roofs with the north building having a compound slope of the front that flattens out to meet the cornice line of the adjoining structure to the south. There is a central entrance with ornamental pilasters and a cornice that leads to the spaces on the second floor. The shops on either side have three part shop fronts with recessed doors and large plate glass windows on low walls. All of the wall surfaces are stuccoed. The south facade has two small windows in the gable end, three in the main block and slightly smaller one in a one bay flat roof extension. The north facade has a large second floor window under the low slope front roof extension, a small window in the gable end and one other in the rear of the main block. There is a two bay extension off the rear with two additional second floor windows. A one story shed roof extension at the rear goes past the south wall to a one story flat roof mass that abuts the entire south facade. 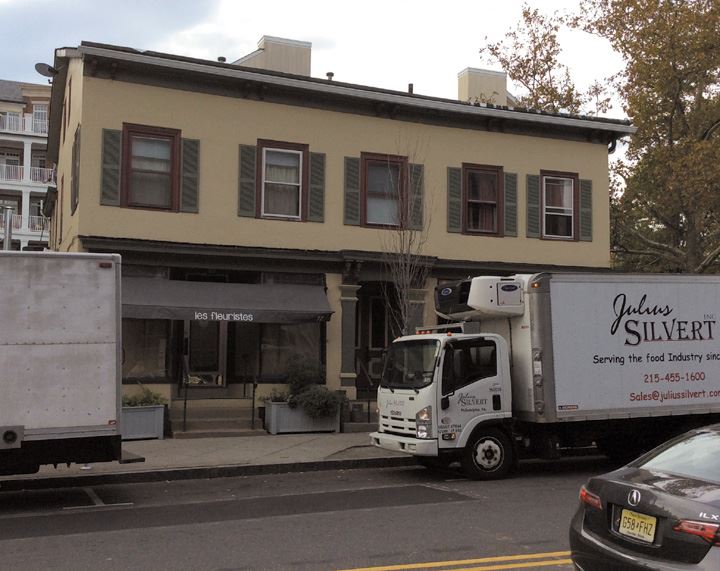 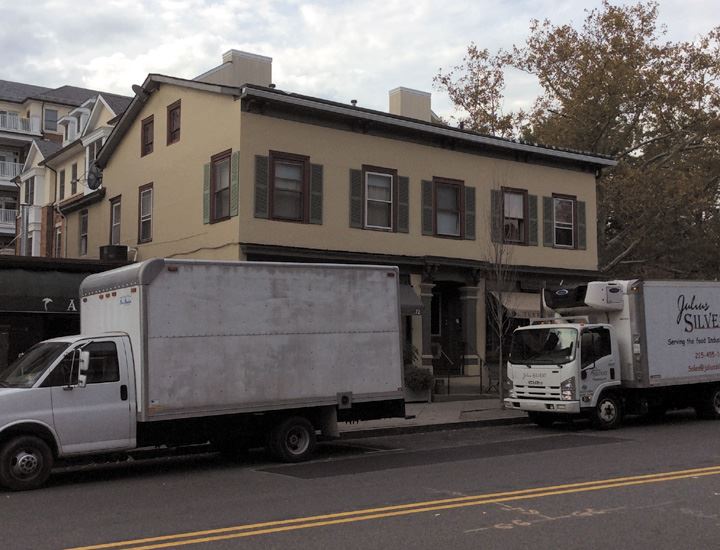 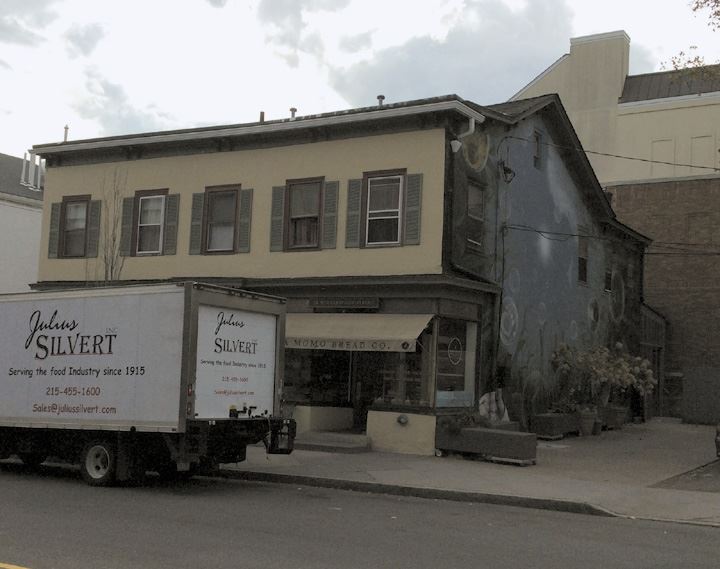 This was the location of Mrs. Virginia Mills’ Beauty Salon. Mrs. Mills was born in 1901 on Cemetery Street in Princeton and died in 1989. She opened her beauty salon in 1931. During the years in which she practiced here, the building was owned by Flory and Lucy Toto, which had purchased the property in 1924 from Mary E. Murray. When she retired in 1976, after 45 years, 300 people attended her retirement party. Her husband was Lieutenant Cornel Berkley Mills, who was the first Colored postman in Princeton. Flory Toto died intestate in 1966, and his wife Lucy died in 1972, leaving the property to their son Albert Toto, who died in 1974. The property was then owned by the family business Toto Enterprises until 1997 when it was sold to CRX Associates.

Buildings used to be at the SW corner of Jackson and Witherspoon before Paul Robeson Place was built. (Sources: HPC information; Wanda Gunning research; Sanborn Maps (the buildings appear on the 1890 Sanborn map. Earlier maps dating to 1849 Otley and Keily Map also indicate a structure here, however it is not so well indicated in the 1852 Bevan map.))